How many 17-year-olds do you know who paint wall murals? Meet Adi Iyer, a young artist on the autism spectrum, who has a rare gift. Even more remarkable is the fact that Adi has received no formal training.

“I like making different forms of Lord Ganesha. Sometimes I make him like Lord Shiva, sometimes Lord Ram, or Lord Vishnu, even Sai Baba”.

That’s Adi Iyer for you. A self-taught artist, who creates rare works entirely from his imagination. Be it sculptures or wall murals, 17-year-old Adi’s creativity finds expression in multiple ways.

“He visited me in Coimbatore some years ago and gifted me a miniature idol of Lord Ganesha”, says Akila Vaidyanathan, Founder, Amaze Charitable Trust. “The idol had four other gods and the precision and attention to detail was amazing given its size. While sitting at the centre, Adi created another Ganesha idol in 15-20 minutes! He is able to visualise something and recreate it quickly and to actually watch him do that was incredible”.

It’s this attention to detail that is the outstanding quality of Adi’s works. Take his passion for wall murals, a form he discovered during a visit to Italy.

“He saw Leonardo da Vinci’s The Last Supper at a museum in Milan. After returning to Delhi, he wanted to start painting walls”, says Adi’s father Swaminathan Rajan, a retired State Bank of India official. The walls of his aunt’s home in Delhi were his new canvas. Each of them has life size paintings of jungles, Tom and Jerry cartoons and of course Lord Ganesha.

I love the fact that Leonardo da Vinci spent months painting Lord Jesus having dinner in The Last Supper. I wanted to start painting wall murals too. My parents told me to wait until my exams ended. The day they did, I started painting Lord Ganesha with Shiva, Parvati and Narada on a wall in my aunt’s house. – Adi Iyer, Artist with autism 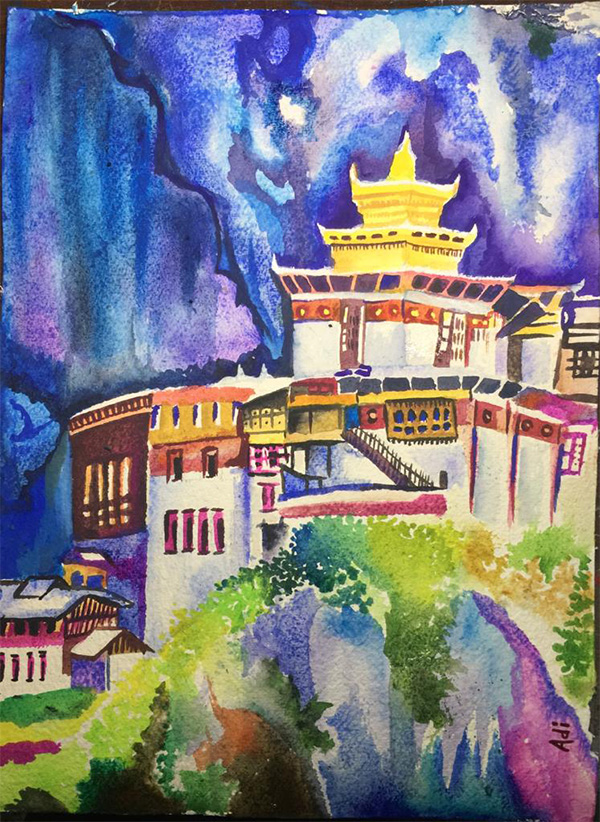 Adi’s talent became evident soon after he was diagnosed with autism. “He used to draw small things on the walls at home and they looked quite striking”, recalls mother Seeta Rajan. She encouraged him by giving him paper and other basic materials. “One of the best pieces of advice that we got was to not engage a teacher as that would kill his creativity”. It’s only now that Adi has an art teacher to help him prepare for the Bachelor of Fine Arts exam. 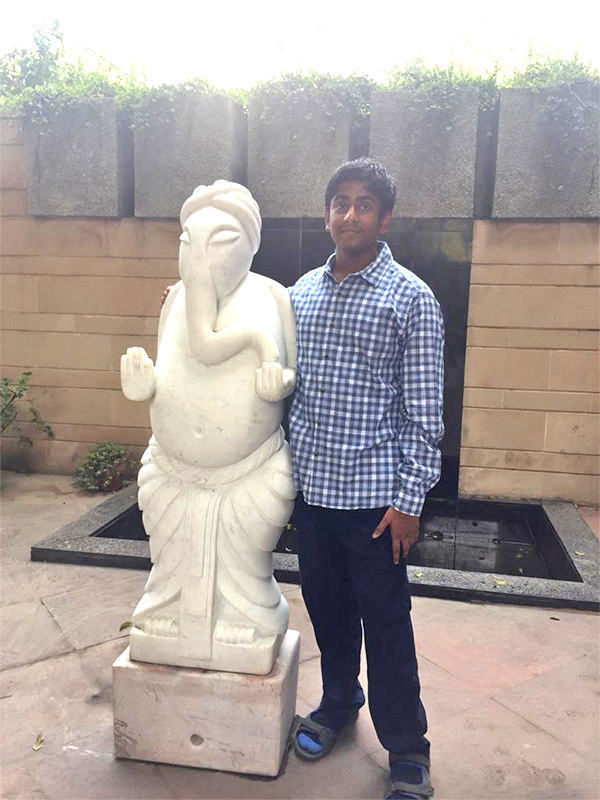 Currently in class 12, Adi’s parents are hoping to enrol him at MS University in Baroda or Viswa Bharati University at Santi Niketan in Bengal after he finishes schooling. “Every parent thinks his child is talented, but Adi’s talents have been endorsed by many institutions”, says Rajan. “There is some scepticism about whether his autism will interfere with his ability to do BFA, but we will relocate to support him”.

Adi has gifted his sculptures to many famous people including Congress party president Sonia Gandhi, Union Ministers Prakash Jawdekar and ThawarChand Gehlot, to name a few. In 2017 he was one of two artists chosen by the government of India in a talent hunt for kids with autism. “In the autism fraternity, Adi is well known as the boy who paints and draws Ganesha”, says his proud dad.

“So far we haven’t commercialised his art”, adds Rajan. “We are clear that we will not sell his art on the crutches of autism. Akila is among those who is convinced Adi is blessed. “To he does all this with no training at all is quite amazing”.