5 September is celebrated as Teacher’s Day in India. Through this month we cast a spotlight on teachers with disabilities who are changing the lives of countless children. Today we bring you the story of Sant Kumar Sahni, Principal, Upgraded Middle School in rural Bihar.

In 2004, when Sant Kumar Sahni, with his recently acquired teaching degree, joined Upgraded Middle School at Kharmauli village in Begusarai, Bihar, there were four classrooms and 123 students.

“At the time this region was a hotbed of Naxal activity and locals were not interested in sending their children to school”, recalls Sahni, who was born with a partial vision impairment.

Today, 16 years later, the picture has changed. The school has 1,336 students, 30 classrooms, a science lab, a computer centre and a music room. It won the Best School Award for 2013 from Bihar Chief Minister Nitish Kumar.

“I connected the children to the mainstream and involved them in extra curricular activities like sports and music”, says Sahni, who is now the principal here. His three children studied in the same school as well. This year, he says, the school recorded an overall pass percentage of 94%.

The school’s remarkable progress tells you plenty about Sahni’s commitment and determination, qualities he brings to his role as a teacher. This dedication was shaped by his struggles growing up with a vision impairment in small town Bihar.

“I had to sit on the front seat and heavily depended on the support of classmates”, he says. “It was not easy but I did not let this put me off. I was deeply interested in studies and had teachers who recognised that and supported me”.

There were accessibility challenges in college as well but Sahni prefers to talk about his strengths. “My writing speed was very good so instead of focusing on the barriers, I looked for ways to overcome them and improve my academic performance”. The fact that he holds a Masters degree in three subjects – economics, education and psychology – tells you a lot about his passion for learning.

Has empowered many disabled students

In class 10, Sahni decided on teaching as a career. While doing B.Ed in Bareilly, he taught at a village school for free. The experience shaped his commitment to teach children from marginalised communities. He went on to become a resource person in Saran district for Sarva Shiksha Abhiyaan, the central government programme aimed at universalisation of primary education.

I was committed to helping children learn and this has been the primary motivating factor. When I came to this school, locals had no interest in education. I gradually motivated them to think differently. Apart from studies, I encouraged them to take up sports and other extra curricular activities. – Sant Kumar Sahni, Winner, National Teacher’s Award 2020 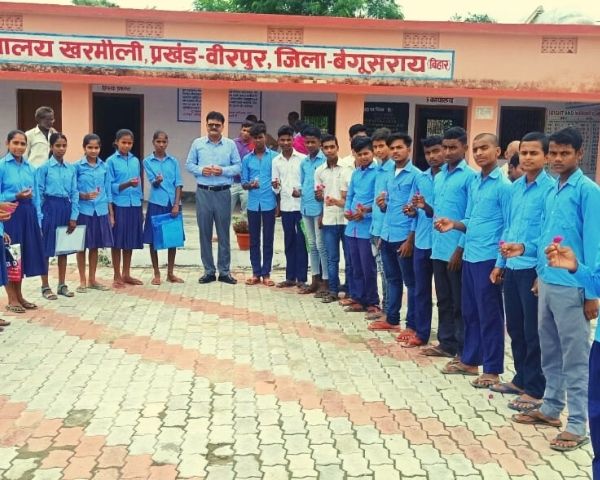 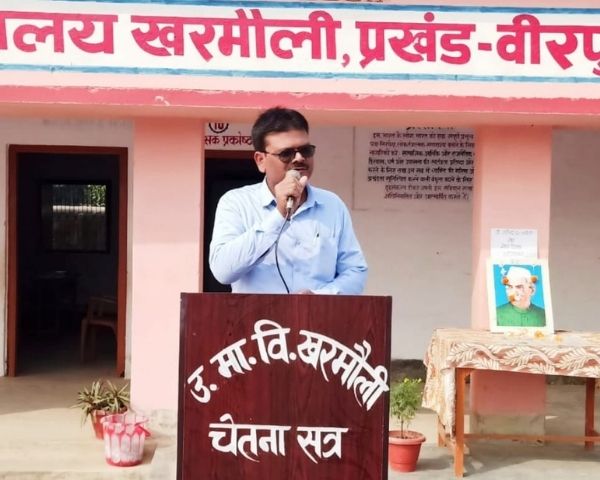 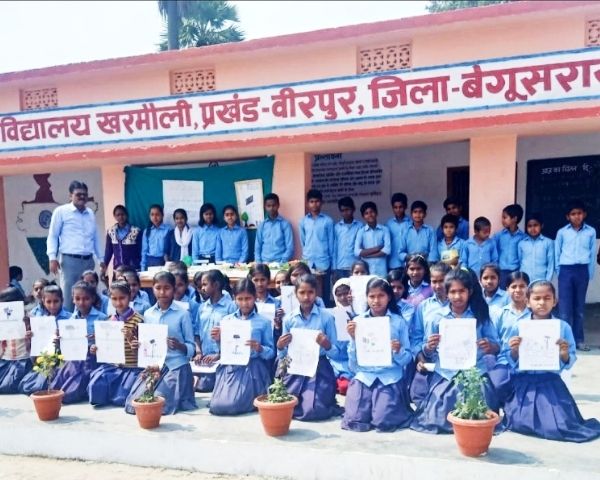 Winning the national award is a matter of pride and honour. “I am especially happy that I have been able to encourage disabled children in the course of my career”. One of Sahni’s students, Gautam Kumar, won the national award for academic excellence, the first from Bihar to win the honour. “Gautam is physically disabled and he was chosen as a model student. Examples that show disabled people can do anything. We have built an environment in our school such that every child, disabled or not, feels supported”.

Among his many admirers is Sparsh Gupta, Assistant District Collector, Begusarai, who is currently undergoing training.

“His work is so meaningful, especially when you look at how necessary this is in rural India”, says Gupta, who is visually impaired. “Given his disability, his efforts are incredible. I hope this inspire more people to come forward and contribute to society”.