Samuel Ashish Marcus, popularly known as Sammy, is the founder and music trainer at the Ashirvad School of Music in Hyderabad. Bullied as a child for being on the autism spectrum, Sammy battled many challenges before he found his true calling, which is to teach music.

Western classical, devotional worship, jazz. Samuel Ashish Marcus comes to life when he is immersed in doing what he loves best and that’s to play and teach music.

“I enjoy communicating and teaching music and meeting different people, who loves music and, want to learn”, says Sammy, as he is fondly called. “I like to listen to devotional and worship songs and folk music. Though I don’t play drums, I like to listen to jazz”.

As the founder of the Ashirvad School of Music in Hyderabad, Sammy, who is 32 years old, is blessed to pursue this passion as a profession. He teaches vocal, keyboard, and the guitar to both children and adults, some of them with disabilities. His journey getting here, however, was not easy.

When Sammy was a baby, his parents noticed that he was largely unresponsive and would never ask for anything. Close friends and relatives dismissed their concerns. Then one day his mother Annamma came across an article in the Reader’s Digest which led her to seek professional help for her son.

“It was a collection of stories by parents of children with special needs”, recalls Annamma. She along with husband Marcus, took Sammy to a centre in Chennai where he was diagnosed with autism. This was a total shock. “Those days one had never heard of such words”, says Annamma.

These years were not easy. The Marcus’ don’t like to dwell on it, but Sammy was bullied a lot. Fortunately, they received the right kind of support and kept up with the therapies that were recommended. “We stayed hopeful and gathered the information available and helped him as a family”, says Annamma.

A family into music

They soon noticed that while Sammy struggled to express himself in words, he loved music and enjoyed singing. The inclination was perhaps natural since Sammy’s father is a musician as is his older sister.

Music is in the family and we love music. We could see Sammy trying to find a rhythm, banging onto things, etc. We would buy a lot of music cassettes and he learned to play them and would listen to the music for hours. He always had a perfect pitch and was able to understand the musical notations. We realised that he is going to be a musician and decided to train him. – Annamma Marcus, Sammy’s mother 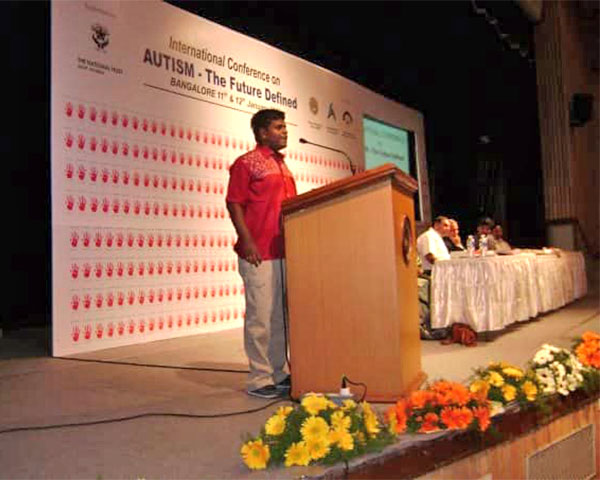 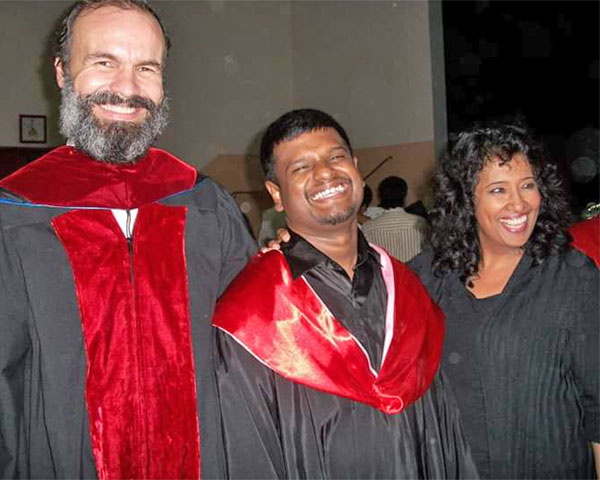 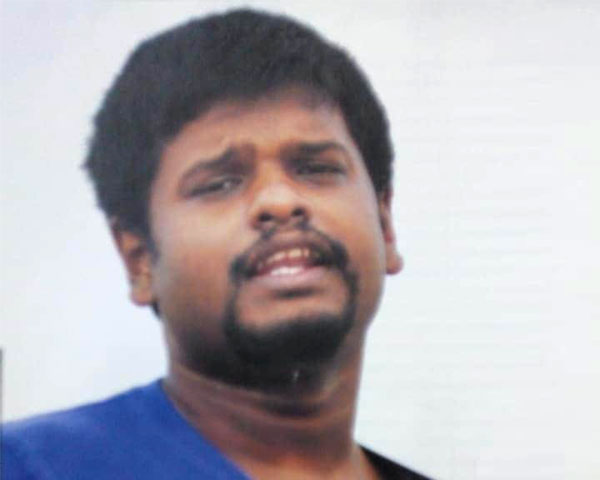 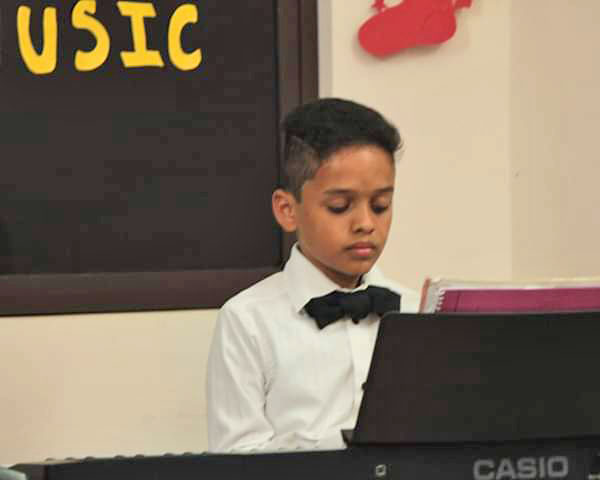 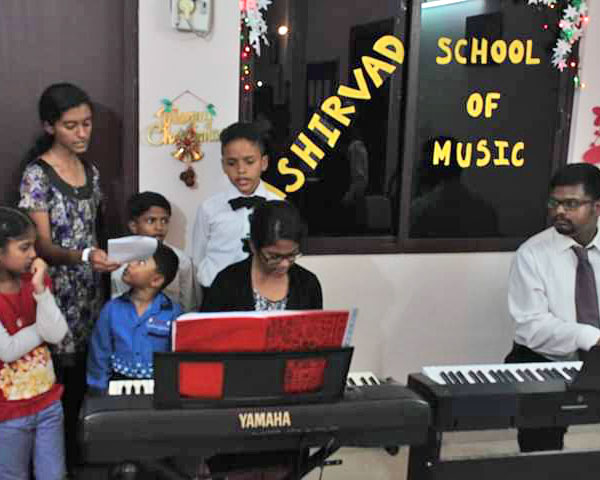 Sammy was sent for piano lessons. The guitar, he learned by himself. “He picked up a book on the guitar at home and tried the chords and learned to play on his own”, says Marcus. Sammy went on to graduate in music from the Centre for Music Education, Bangalore Conservatory and completed seventh grade in piano from Trinity College, London.

What next is the question that haunts the parents of many children with disabilities. In Sammy’s case the way forward was suggested by his teacher at the Bangalore Conservatory. “She asked Sammy to teach music at the centre and help kids with the choir. He was there for a year and taught over 60 kids”, says Annamma.

In 2015 March, the Marcus’ decided to convert a part of their home into a studio where Sammy could teach music. And that’s how Ashirvad School of Music was born. Here he teaches children and adults.

Dr Narsing Rao learned music from Sammy for a brief period and says he had a deep influence. “Thanks to him, I was able to make the leap into understanding and enjoying Western classical music. I learned to sing some of the finest pieces with him”. Dr Rao is now a regular member of the Deccan Voices Hyderabad, a choir group. “My journey in Western music started with attending Sammy’s concert. I have learned so much about people with autism and other delayed milestones after meeting Sammy. Above all, I have learned to look beyond purely the medical parameters”.

“I was looking out for a music teacher for my son who has autism”, shares Vidya Subramaniam, who was earlier based in Hyderabad. “I was worried that a regular teacher would find it hard to understand his needs”. A friend told her about Sammy’s music school. “Initially I was unsure how he as a special child would train another special child but after meeting him, I was pleased and satisfied. Sammy is a kind and soft person”.

Borugadda Devadattam, a social worker and Bible teacher in Hyderabad, sends both his kids to Sammy for music lessons. “Sammy doesn’t talk much but he is such a soft person. What is remarkable is that he shows by example. So, for instance, if my daughter needs to leave by 5 pm, Sammy will come to the door and send her off. I find that amazing about him”.