Our guest columnist this week is Vineet Saraiwala, who leads inclusion at Big Bazaar and is an avid marathoner, trekker, and endurance cyclist. In this moving piece, he reflects on the incredible acts of kindness and charity shown by those most affected during the coronavirus pandemic.

“When you are born with a visual impairment, being taken care of is a luxury. My body pays the price of this comfort”, remarked an assistant professor who teaches in a University in Puducherry. She has been abused by her cousin and everyone in her family, including the professor, is normal with it. There was another instance of a women with a special need becoming pregnant because the father said he was so drunk he was not able to distinguish between his wife and daughter. How do we explain things like a period is normal to a girl with autism? 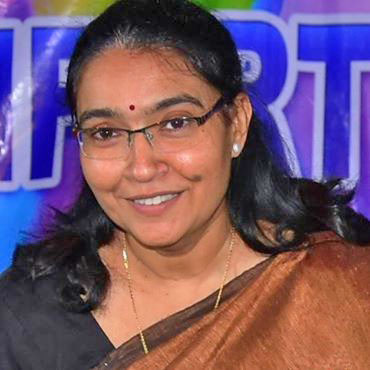 Chitra Shah who leads the Satya Special School in Puducherry was hurt deeply by the gross injustice to women with special needs. They started a new initiative called “Nanoom Penn” or “I Too Am a Woman,” on menstrual hygiene, reproductive health and sexual abuse prevention for women with disabilities.

Chitra is also passionate about single mothers with special needs and the mother group shares problems with each other. The society has been extremely biased towards single mothers and this support group is a listening platform. But this story is not about Chitra or her special moms who have created over 108 micro entrepreneurs in Puducherry or even a movement called “Oru Pidi Soru“, or ‘A fistful of rice’ where normal everyday women keep aside rice to be given to the needy.

This story salutes the kindness of individuals in the support group like Rajaamma, whose giving is no smaller than Daanveer Karna or Amudha who refused to take rations in spite of so many difficulties or the feeling of disgust while receiving by a group of blind folks who have never lost their dignity or the forgotten spinal cord boy Manikanthan. These stories celebrates the invisible giving of individuals who give the most in spite of having the least.

The only treasures which Chitra possesses is these collection of stories which the single mother’s and citizens of Puducherry will be proud of.

Mother of all Charities

“I want to come & meet you because it’s urgent”, say Raja Maa. She pops out an envelope with money and hands it over to me. I am startled at this generosity of a housemaid who was not paid her salary during the crisis and yet she is pouring her gratitude. She was saving 200 rupees a month for the past three years for ‘Manjal neer athu Vizhal’ which is the celebration when girls attain Puberty. Her daughter Manju has Down syndrome and she wanted to gift her gold when she became a teenager but this crisis has moved a single mother to give her everything purely out of love.

If you traverse the busy route of Puducherry, Tindivanam and Villupuram by local train, there is a high probability that you would come across a group of 50 blind individuals selling incense sticks, bindis and colouring books. They wear their independence on their sleeves and earn with respect. They don’t bargain and refuse any money offered out of pity. They enjoy their hardships and struggles but have never begged in their life. We gave them food and after a few days one of them called up. “I feel Aruvaruppu (disgusting) to accept this charity. I was thrown in the Station at the age of 12 but have never begged. I met my wife in the station and God has taken care of our family. Please don’t give us three meals. Give us only one meal as we prefer starving over charity. Please give us work till the train starts”. There was a pain in his voice and I am still processing on how I restore his dignity which this pandemic has taken away.

The photo of a baby playing around his dead mother in a railway station in Bihar caused a huge uproar across India. There was a child with Cerebral Palsy in a remote village living with Amudha (aunt). He was bedridden with severe epileptic seizures and the family was very poor. We had gone to distribute ration and the aunt refused. She showed the photo of the baby in the newspaper and told us to give it to a migrant worker. “I have kanji (rice water) daily and it will last for a few days so don’t worry”. We didn’t ask her again and moved to the next house. In the evening, I got a call from a special needs family who were in the government requesting for ration. What a sharp contrast? For a family who did not have anything is ready to survive on kanji (rice water) three times a day & for another family who has money but with an opportunity to get free ration chooses to get the benefit.

Friends with spinal cord injuries were hit the hardest because of the pandemic across India with overwhelming hospitals systems and lack of processes for the disabled. There is a routine bladder management procedure of changing catheter, which is a lifeline for people with spinal cord injuries. Manikanthan, a 15-year-old boy in Marakanam (near Puducherry) was caught in this storm. The catheter needs to be changed on a monthly basis otherwise it causes urinary infections and is life threatening. There was no public transport and hospitals simply refused this boy. He is living with his 70-year-old grandmother Ambujan on a widow’s pension as his parents have abandoned him. All the areas were under strict lockdown and finding a nurse, vehicle and an e-pass to do the procedure was never easy. Ambujan borrowed a cell phone from a passerby and informed us about the case. With a volunteer doctor who arranged a health worker and a nurse and connects for e-passes, the crisis was averted within 30 hours from origin. If such was the crisis for a routine treatment, I can only imagine what the spinal cord community would have gone through across whole of India.

Some stories leave you in tears where you are confused whether you should cry in pain or applaud the humanity in people. These individuals in spite of their own sufferings have served with whatever little they had. Their hearts are full of kindness in spite of the scarcity of money and on the other hand, our hearts have scarcity of compassion despite having lots of money.