Swimming champ Michael Phelps opens up about struggles with ADHD 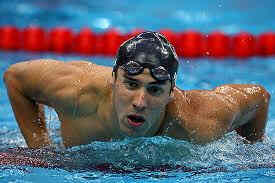 American swimming champion Micheal Phelps has won the most number of Olympic medals for swimming in the world. But as a child growing up with ADHD, he had it tough, and for the first time he has talked about it.

31-year-old Phelps has said in a video for ‘Speak Up for Kids’ campaign that he had a teacher who once predicted that he would never succeed. Phelps said that many of his teachers treated him differently from the other kids.

Phelps, who has won an incredible 23 Olympic gold medals, says that he has lived with ADHD his whole life, and continues to live with it. But he has found a way to cope with his condition. He said that once he realized it was fine to talk to someone and seek help, he was able to start living his life fully.