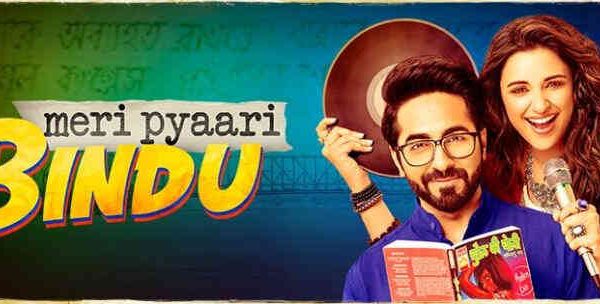 The film shows the Bengali culture, the lifestyle of Kolkata and makes use of old hit songs of music composers R D Burman and O P Nayyar as connecting soundtracks.

Ayushmann Khurrana does justice to his role as a successful writer Abhimanyu Roy or Bubla and Parineeti Chopra as a confused, crazy girl Bindu was average.

The film written by Suprotim Sengupta and directed by Akshay Roy gives us many lessons of life and is not a formula-based love story.

One can categorize the story as one-of-a-kind as it shows multiple angles and deeper aspects of Abhimanyu and Bindu’s personalities from their childhood to teenage to adulthood.

The film has lots of flashbacks which connects us to a one-sided love story of Abhimanyu for Bindu. It depicts all that happens to youngsters’ lives in a humorous way.

The film’s realistic ending will remind many people of that special someone.

Meri Pyaari Bindu succeeds in giving the message to be practical and logical to overcome the not-so-good situations of life. It supports the thought that a guy and girl can remain good friends even after the relationship is over.