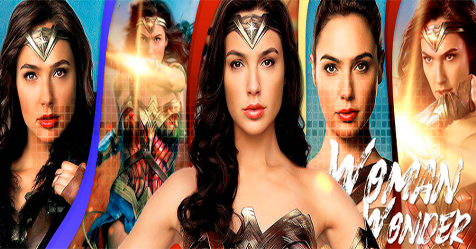 American superhero film, Wonder Woman is a fantasy action adventure story based on the DC Comics character of the same name.

The film introduces Diana as the daughter of the Amazon Queen Hippolyta. Diana’s aunt General Antiope trains her to become a supreme warrior on the hidden island of Themyscira, which is home to the warrior women of Amazon race created to protect humankind against the corruption of the god of war Ares.

The film then shows how Captain Steve Trevor gets rescued by the young woman Diana after his plane crashes off the coast of Themyscira. The German forces following Steve discover the island and in a turn of events, Antiope dies.

When Diana gets to know from Steve that World War I is going on in the outside world, she sets on a mission to find and destroy Ares.

The way Diana discovers her life’s truth and hidden powers while fighting against Ares in a war to end all wars forms the main part of the story.

The film is a great watch for its woman centric superhero concept, interesting action scenes, well-written dialogues and its message that love always wins over war.