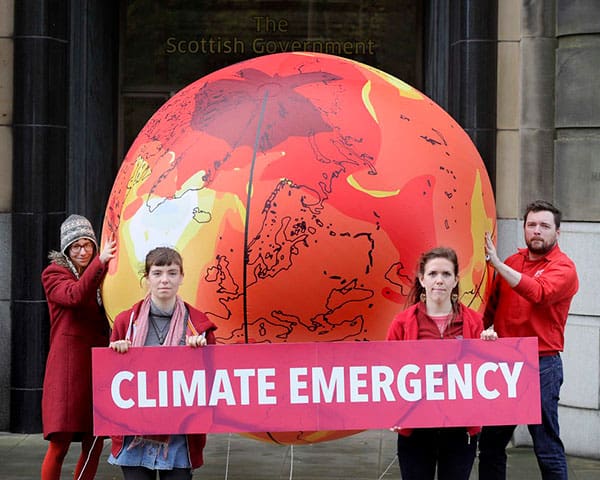 A new study by 11,258 scientists in 153 countries across a range of fields warns that the Earth faces a climate emergency. The report offers six broad policy goals that to address it.

The study, published in the journal Bioscience, was led by experts in the United States and involves researchers in Australia and South Africa.

The report is a huge departure from recent scientific assessments of global warming, as it does not mince words. This is the first time a large group of scientists has formally come out in favour of labelling climate change an “emergency”.

Despite 40 years of global climate negotiations, with few exceptions, we have generally conducted business as usual and have largely failed to address this predicament. – Bioscience report

It calls for “bold and drastic” changes in economic growth and population policies to cut greenhouse gas emissions.

“Like other organisms we are not adapted to recognise far-reaching environmental threats beyond our immediate surroundings”, said Maria Abate, a biology professor in Simmons College, US, who has supported the study. “The reported vital signs of our global activity and climate responses give us a tangible, evidence-based report card that I hope will help our culture to develop a broader awareness more quickly to slow this climate crisis.”

The study also calls for a shift to eating mostly plant-based foods and adopting agricultural practices that increase the amount of carbon the soil absorbs.

“This is a document that establishes a clear record of the broad consensus among most scientists active at this point in history that the climate crisis is real, and is a major, even existential, threat to human societies, human well-being, and biodiversity,” said Jesse Bellemare, an associate professor of biology at Smith College.