Deaf movie review of Despicable Me 3 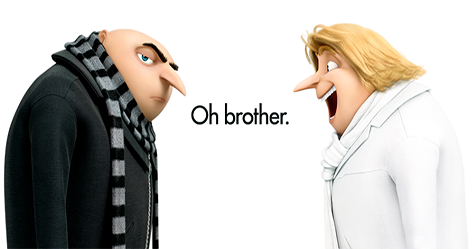 Despicable Me 3 is an American 3D computer-animated comedy film. It is the third part in the Despicable Me film series.

The film is directed by Pierre Coffin and Kyle Balda, and co-directed by Eric Guillon. It features the voices of Steve Carell (as Gru and Dru), Kristen Wiig (as Lucy, Gru’s wife) and Trey Parker (as Bratt).

The film introduces Gru and Lucy as agents for the Anti-Villain League and Bratt as a former unsuccessful child actor who has now become a supervillain.

The film starts with Bratt stealing the world’s most expensive diamond but is stopped by Gru and Lucy who manage to capture the diamond from him. However, Bratt escapes from the place which results in Gru and Lucy losing their jobs.

Gru’s Minions are disappointed and leave Gru when he refuses to return to work as a villain despite his job loss.

Gru is soon approached by his long-lost twin brother Dru. Dru reveals to Gru that their father was a famous super-villain and convinces Gru to return back to his old ways as a villain.

Meanwhile, Bratt manages to steal the diamond again and aims to use the diamond to power his huge robot and destroy Hollywood for not recognizing his acting talent.

The way Dru and Gru take the help of Minions and stop Bratt in his wrong mission forms the main part of the story.

Despicable Me 3 is a fantastic family entertainer and a MUST watch film in the Despicable film series. It has amazing visual effects and hilarious performances by Gru, Dru and the minions.