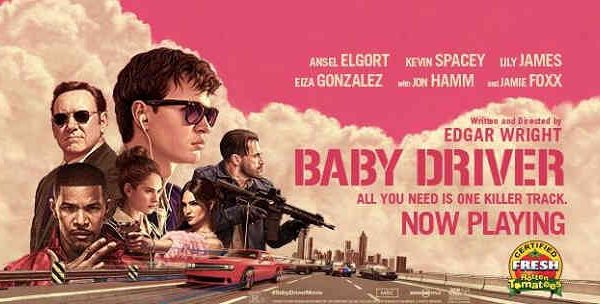 Baby Driver is a British-American film written and directed by Edgar Wright. The film has music, romance, comedy, crime and action.

The film introduces Baby as a young and skilled driver who uses his favourite music to focus and be the best in the world of crime. Baby drives for criminal mastermind Doc to pay off his debts.

Baby records his daily conversations with a small tape recorder and then remixes them into songs.

When Joseph gets to know about Baby’s unethical job, he disapproves and encourages Baby to take up the job of a pizza delivery boy.

Between jobs, Baby meets young waitress Debora at a coffee shop and they both bond over the love of music.

Baby was happy with Debora and his simple job. However, Doc meets Baby and informs him that he is needed for another robbery job. Baby unwillingly takes up the job to keep Debora and Joseph safe.

Will Baby’s decision change his life forever or will he be able to live with Joseph and Debora happily forms the remaining part of the story.

Baby Driver is an interesting watch for its engaging plot, killer soundtrack with awesome action and well-executed car chase sequences, strong acting by the cast, good dialogues along with English subtitles and lovely chemistry between Ansel and Lily.