Deaf movie review of War for the Planet of the Apes 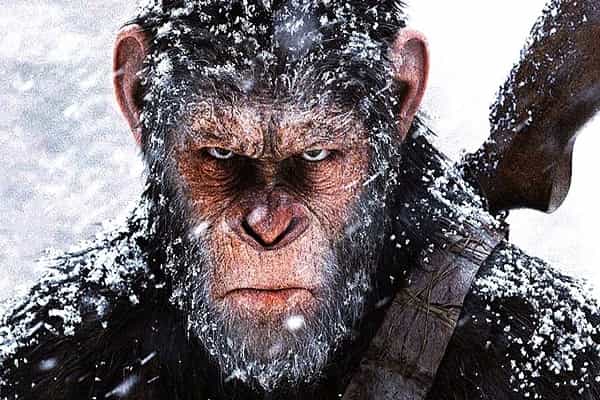 War for the Planet of the Apes is an American science fiction film featuring Andy Serkis (as Caesar), Woody Harrelson (as Colonel), Steve Zahn (as Bad Ape), Karin Konoval (as Maurice), Amiah Miller (as Nova) and Terry Notary (as Rocket).

The focus of the film is completely from the viewpoint of the Apes. The story follows the dangerous conflict between the apes, led by Caeser and an army of humans led by a cruel Colonel.

Caeser excels in expressing the emotions of a confused leader who must protect his kind and avenge for the loss of his loved ones.

In the first half, the film shows how humanity is becoming senseless due to the Colonel’s unkind actions. However, Nova’s part in the second half gives a ray of hope that humanity is still alive.

I loved the parts of the film where the Apes communicate in sign language and captions were given for the audience to understand what’s going on-screen.

War for the Planet of the Apes is a good one-time watch for the performances of its cast (especially Serkis), direction, visual effects, camerawork and dramatic story. People who have seen and liked its previous parts will surely love this film.

Please don’t expect a war or many action sequences in the film as it is more about emotions and living a life of freedom.