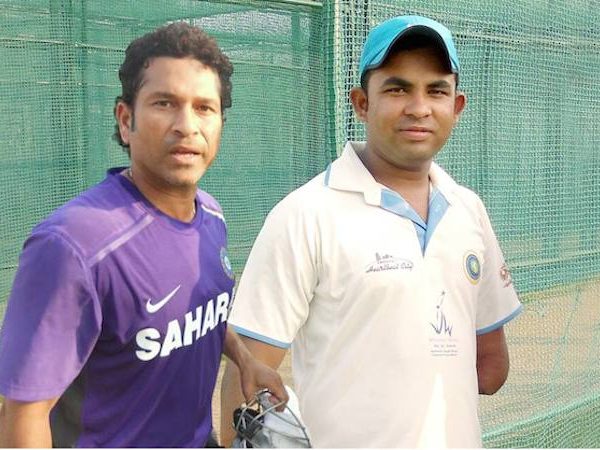 Gurudas Raut, who is an all-rounder with the India cricket team for the disabled, was born without a left arm.

But Raut, who is in the Indian Air Force, says that it forced him to manage everything using his right hand.

He has bowled to Sachin Tendulkar in the nets and even took three consecutive catches when practising with South Africa. He has also hit Irfan Pathan for a boundary at a national camp in Baroda in 2011.

Raut got interested in cricket while watching the game on TV. But he would hear comments that he was disabled and would not be able to play. He never paid any attention and kept playing.

Raut comes from a poor family and did not get proper coaching. He used a tennis ball to work on his skills. He made it to the Maharashtra team in 2006 and has done well since. He led India against Pakistan and won the one day international series.

He is now the vice-captain of his team and trains for two-three hours everyday. He hopes to meet Virat Kohli before the start of the fifth ODI against Australia, and bowl a few deliveries.