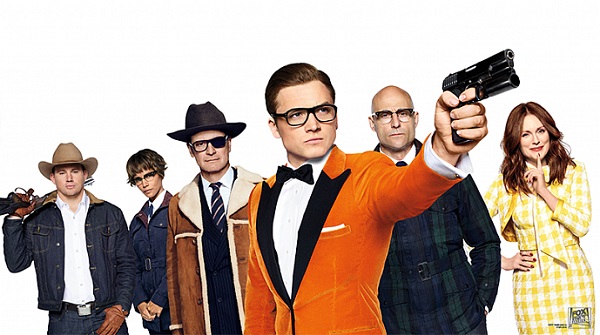 Kingsman: The Golden Circle is an action spy comedy film and a sequel to Kingsman: The Secret Service (2014), based on the comic book series Kingsman.

In Kingsman: The Secret Service, the world of Kingsman, an independent, international intelligence agency working to keep the world safe was introduced.

In Kingsman: The Golden Circle, the story follows Eggsy, Harry, and Merlin, the main members of Kingsman who team up with their American allied spy organisation Statesman, after their headquarters are destroyed and they come across a new challenge.

The members of the two secret organisations work together to defeat a cruel common enemy, Poppy Adams.

Poppy is the head of the world’s largest drug association who releases a toxin within every recreational drug available, which causes users to develop blue rashes before going through mania, paralysis, and finally, death.

The way Eggsy, Harry, and Merlin discover the location of Poppy’s hideout and fight with her goons to release the antidote drones and save millions of lives around the world forms the main part of the story.

Kingsman: The Golden Circle has powerful acting performances packed with crazy action sequences and futuristic weapons. High in style, class and power – an interesting watch for every action movie lover.