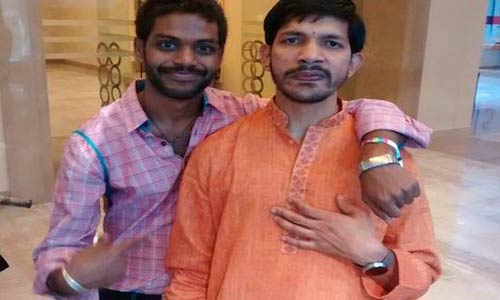 Sumanth K V is an Operations Analyst with Flipkart and is based in Bengaluru. He is the first person with cerebral palsy in India to graduate from the Indian Institute of Management.

“I went to the Spastics Society of India until I was about six years old and after that got integrated into a mainstream school. I received a lot of support and encouragement from my parents and extended family, which was of great help”, says Sumanth.

Sumanth was determined to study at IIM and succeeded at the Common Aptitude Test (CAT) at the fourth attempt. He went on to do his degree from IIM Indore. He says that his motto is to never back down in the face of a challenge.

“People usually say you cannot do this and that because of your disability but I never compromise on my ambitions. It pushes me to try harder”, says Sumanth.

Sumanth takes care of reimbursements and incentives at Flipkart and has worked earlier in Cadbury’s and Thomson Reuters.

Sumanth is also an avid mountaineer and has scaled the Dayara Bugyal pass in the Himalayas, which is 12,800 feet above sea level. He loves to travel and has visited many countries, including Russia and Hong Kong.

Sumanth is also an avid reader and also listens to a lot of music by Kishore Kumar and Shankar Mahadevan.