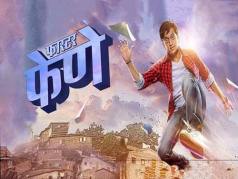 The film is based on a teen detective character Faster Fene, created by BR Bhagwat, an author of Marathi children’s books.

The film introduces Banesh Fene (Amey Wagh) as a young guy with a sharp mind and daring nature.

Banesh comes to Pune and stays with Ajoba (Dilip Prabhavalkar), an old-time writer who is looking for an inspiration to start a story.

Banesh meets a guy during his medical entrance exam and soon they become friends.

Soon after the exam, he gets to know that the guy committed suicide due to fear of exam failure.

Banesh doesn’t believe the police and takes the help of his childhood friend and journalist Aboli (Parna Pethe) and Bhubhu (Shubham More) to find more details of the incident.

The way he faces the cruel criminal Appa (Girish Kulkarni) and puts a stop to the education scam run by him forms the main part of the story.

The film manages to keep the audience engaged with its plot, natural acting performances and the pace. It has tried to show the link between politics and education system in a real way.

I’m going with four out of five stars.