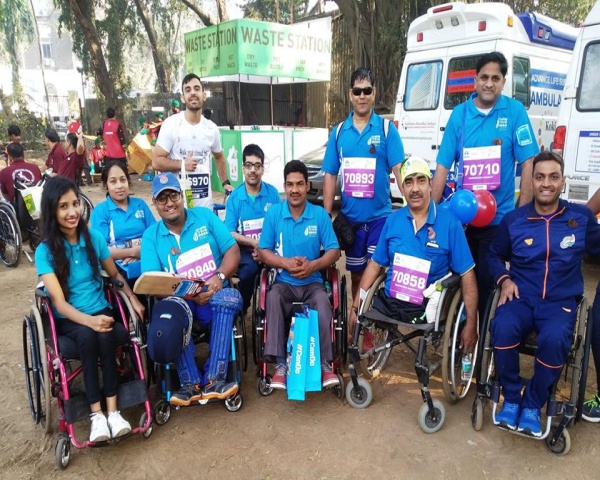 An Inclusive India and a Clean India – those are the twin missions of the annual JK Cement SwachhAbility Run that kicks off on 5 November from Goa.

The campaign that seeks to highlight ability in disability is the brainchild of Major D P Singh, whose leg was amputated after he suffered injuries in the Kargil War. He did not let that act as a barrier and went on to set many records in long distance running.

Major Singh also founded the NGO, The Challenging Ones, which brings together people with disabilities. The main aim of TCO is to build a a network for the disabled in India to take part in sports and marathons.

The SwachhAbility Run movement is a step in that direction. Last year the first phase of the SA Run movement was held between Chandigarh to Noida, covering seven
cities in seven days. Schools were used as a centre to sensitize children about inclusion and cleanliness.

The run was supported by the Indian Army and the Ministry of Defence, and PM Narendra Modi also acknowledged how powerful the idea of such a campaign is.

“Last year, the response was overwhelming”, says Dr Pratima Singh, who is a part of TCO. “Army officers ran with us and schools were very supportive as well.”

The 2017 SwachhAbility Run will kick off from Panaji in Goa and end in Bengaluru. The run starts on 5 November and will end on 12 November, covering five cities in seven days. “There are many marathons in India but all of them take place in the big cities”, points out Dr Singh. “This makes it hard for amputees in smaller towns to travel and take part.” The plan is to hold the event every year in a different part of the country so it becomes inclusive in the real sense.