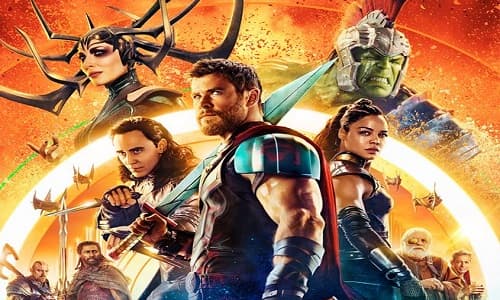 Thor: Ragnarok is an American superhero film and is the sequel to 2011’s Thor and 2013’s Thor: The Dark World.

The film is based on the fictional character Thor Odinson appearing in American comic books published by Marvel Comics.

It is directed by Taika Waititi and produced by Marvel Studios and distributed by Walt Disney Studios Motion Pictures.

The film opens with Surtur revealing Thor that Asgard will soon be destroyed once he unites his crown with the eternal fame.

Thor defeats Surtur and returns to Asgard to find his adopted brother Loki. Thor and Loki go to meet their father Odin on Earth.

Odin explains that he has less time and after his death, his firstborn daughter and goddess of death Hela will come back to destroy Asgard.

Hela appears and in a series of events, she reaches Asgard while Thor and Loki reach a garbage planet Sakaar.

The way Thor convinces his old friend Hulk and bounty hunter named Scrapper 142 to escape from Sakaar and save Asgard from Hela forms the main part of the story.

Thor: Ragnarok is a perfect mixture of a good story with brilliant visual effects and justified screenplay time of every character.

The film is a recommended watch for its interesting balance between comedy and action & thrill scenes.