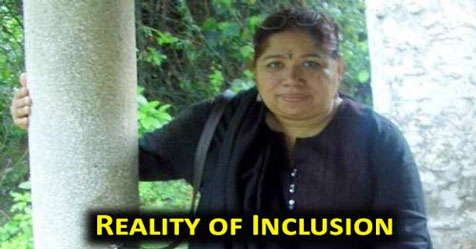 In My Take this week, Akila Vaidyanathan, founder of AMAZE Charitable Trust and parent to an autistic child, shares her thoughts on inclusion.

A few days ago I was talking to a Class 11 student who had come to me for an assessment. He aspires to become a civil servant and showed a keen interest in current affairs. He was self-assured, confident and had every chance of realising that dream. He was also on the Autism spectrum.

Where does the reality of inclusion lie

Need to go beyond a black and white picture of disabilities

Stories like these are heartbreaking. Here is a child with abilities and aspirations, and of course autism also thrown in. He has survived the mainstream school system in spite of its shortcomings thanks to his parents, teachers and friends. And in just three hours, a so-called expert is able to bring all that to nothing.

When the miracle fades and becomes a mirage.