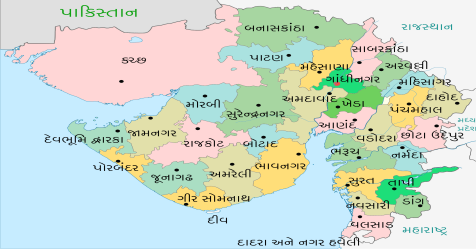 A Braille press of the latest model has been busy at work at the Blind People’s Association in Ahmedabad for the last one week.

Walk in and you will find many sheets of Braille neatly piled up and numbered to be sent to the districts of Gujarat. There are about 60,000 sheets here and they will help make the 2017 Assembly elections inclusive for the blind.

The Braille sheets are being printed for each booth and they mention the candidate’s serial number on ballot, his or her name, and the name of the election symbol of the candidate.

Voting in Gujarat made more accessible compared to past elections

Voters will need to go through the names other details and decide who to vote for. They can approach the EVM which has Braille numbers against the buttons and cast their vote by pushing the button.

In the previous elections, Braille sheets were given only to those booths that had a high number of blind voters. This time, every booth will have the sheet so that the person on can cast the vote on their own.

Wheelchairs will also be put at major booths so people with mobility issues can come to the voting centres. According to Census 2011, Gujarat has over 10 lakh people with disabilities. The Election Commission has selected disabled people as ambassadors to encourage people to cast their vote.