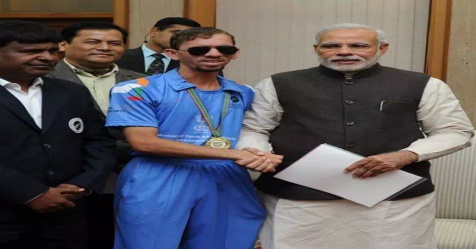 Gujarat all rounder Ketan Patel played a key role in India’s victories in the last three Blind World Cups but has not been chosen for the forthcoming ODI World Cup to be held in Pakistan and Dubai from 7 January, 2018

Patel was a key member of the Indian team when the side won the T20 World Cup in Bengaluru in 2016. He says his 2/29 against Pakistan helped India win the final by nine wickets. Patel is a B-1 category (fully blind) all-rounder from Gujarat, who won man-of-the series awards in the 2015 ODI series in England and in at the 2014 World Cup in South Africa.

Patel’s omission, say selectors, was related to a discipline-related issue as he left immediately after the selection trials were over. But Patel says his father was unwell and he had informed the team captain.

Apart from Patel, Anish Baig from Mumbai was also dropped. Both have alleged this is because they refused to pay their establishment 30% of prize money earned at international events.

Though five players from Maharashtra attended the selection trials in Pune, none of them made the 17-member World Cup Indian team. The selection committee said the Maharashtra players did not have the performance needed to back their selection.