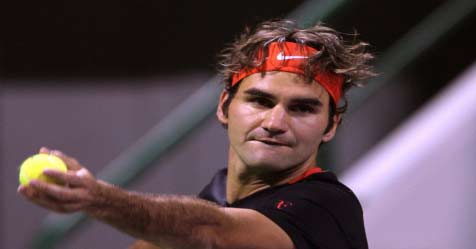 With wins in Melbourne, Wimbledon and Basel in 2017, Roger Federer is the sports star “in everybody’s hands”. So says the Swiss Deaf Association that has named the Swiss tennis player – ‘sign of the year’.

In sign language, Federer is represented by his bandana, which he wears during every match. The gesture involves tying a bandana behind one’s head.

Federer came back from injury to win the Australian Open and Wimbledon this year, taking his grand slam haul to a record 19 titles.

Deaf people use symbolic signs to refer to famous people to save themselves having to spell out names using the finger alphabet. The sign usually comes from a prominent visible feature. Last year the award went to Donald Trump, whose sign involved imitating his hairstyle with one’s hand.

Federer is happy with the honour and invited a few members of the Swiss Deaf Society to help him with his sign and some simple sentences.