Washington Sundar, rising star of T20 cricket, is deaf in one ear 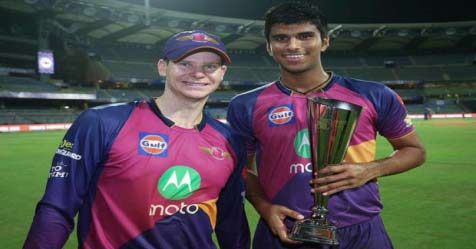 India’s T20 squad includes a new face whose talent is getting him a lot of attention. Washington Sundar from Tamil Nadu grabbed the attention of many spectators and selectors during the 2016 IPL.

But few know that Sundar is deaf in one ear. According to reports, he was four to five years old when he told his parents about this disability. They took him to doctors, but nothing happened.

Sundar has credited his father and early coaches for shaping his cricketing career. He bats left-handed and bowls right-arm off-spin and was picked as a replacement for Ravichandran Ashwin in the Rising Pune Supergiants team.

Sundar scored four consecutive half-centuries in the Tamil Nadu Premier League 2016 and was one of the players who scored most runs in this tournament.