Blind cricketers seek recognition from cricket board ahead of World Cup 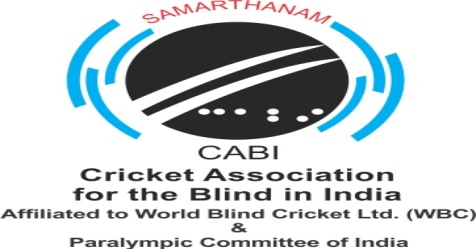 The Board of Control for Cricket in India, BCCI, is both cash rich and politically powerful and the Cricket Association for Blind in India, CABI, wants the board to recognise the official body for blind cricketers. The CABI believes that the recognition will help them get sponsors.

The BCCI has been helping blind cricketers by giving the grounds for the last Twenty20 World Cup for free. India won the event, and the players were also rewarded with prize money.

India is now a side to reckon with in blind cricket, as it has won the last two T20 World Cups in 2012 and 2017. They are the defending champions of the 40-over World Cup as well.

The CABI now wants more from the BCCI as it does not have enough funds and depends on many companies, who work for the development of blind cricket in India.

The CABI also wants the BCCI to include their schedule in their annual calendar. By doing this, the matches will not clash and will also help them get the grounds. The BCCI recognition will also help with sponsorships too.

Most of the blind cricketers work in government companies and this helps them earn a living. But every time there is a match, they have to apply for leave, which is unpaid. The BCCI can help them get paid leave.

The main cricket boards of Australia, South Africa, England and Pakistan have already recognised their blind cricket team, but the BCCI is yet to do so.