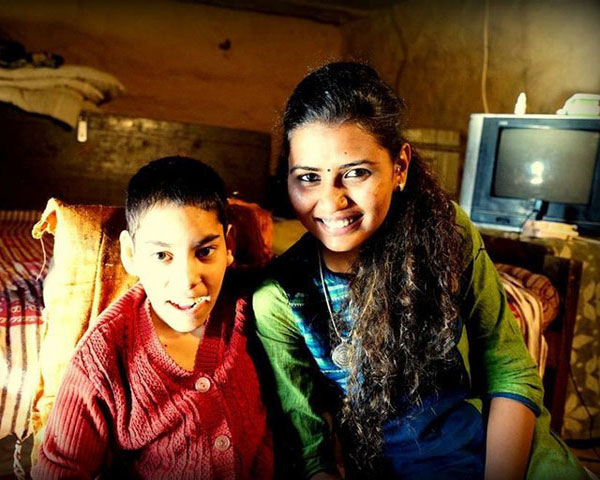 How did an occupational therapy student from Mumbai find herself working in a centre for children with special needs in remote Himachal Pradesh? In My Take this week, Shruti More, shares her interesting journey.

From Mumbai to Kullu

“In 2011, I was on a cycling expedition with some friends in Himachal Pradesh and we had stopped at Kullu when I came across the Handimachal Therapy Centre, which had been set up by a French social worker, Dominique Dufau.

On the same trip I had met a local girl called Sonali with cerebral palsy. When I met her, she was sitting by herself in a room barely lit and because she had her periods, she was kept apart. Her smile stayed with me.

That trip changed my life. I was planning to do my Masters in the U.S., but after going to the centre, meeting Sonali and the impact the mountains had on me, I decided to go back and work as an occupational therapist for six months. Its now been six years since and I still haven’t left!

The goal of an occupational therapist is to make people independent in their life skills.

Sensitivity towards locals beliefs is crucial to working at community level

Working in this region has meant shedding a lot of my notions and baggage as well. Superstitions are rampant and families with special needs kids have faith in the devtas or local deities. They follow what the village godman or shaman tells them to do.

My first reaction was to roll up my eyes and this created a barrier as they felt I did not respect their beliefs. Their religion and customs are a science to them, and my attitude was affecting the therapy. I changed my approach and started working, not against, but around their belief systems.

During Dussehra, the shamans from all the local villages come to Kullu for a 10-day festival. We started talking to them there to explain what we do.

The striking thing I find is that unlike city dwellers who hide their stigma and superstitions under the cloak of awareness and education, people in small towns are open to talking about it. It becomes easier to address those beliefs.”

Eventually we got a positive response from the community. At the centre, we treat children with a range of disabilities – orthopaedic, cerebral palsy, intellectual, autism, speech and hearing and developmental delays. In a year, we reach out to about 90 children. Now we have families coming to us on the references of the devtas! It shows the importance of a family, or community-centred practice of care.

Integrating the project into the community

Today Handimachal is registered as an NGO and the project is managed by a group of parents, professionals and social workers from Kullu. This way the integration of the project into the local community is becoming a reality.