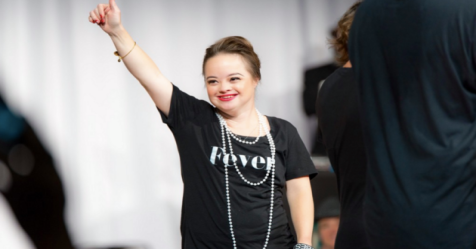 The reputed Barcroft photo agency has released its list of exceptional individuals for 2017. What stands out is the number of people with disabilities featured on the list.

From a 26-year-old who looks 60, to twin girls with Down’s syndrome and an 11-year-old boy with one of the rarest forms of dwarfism, the remarkable collection of pictures celebrates differences in looks and abilities.

All of them were featured in a series by Bancroft TV as well. Here is a quick look at the people with disabilities who made it to the list.

*Ram Raj Chauhan heads a family in Hyderabad always stands out in a crowd, because nine of the 11 members have dwarfism. They have a genetic condition called Achondroplasia, which causes short-limbed dwarfism. At one time, 18 of the 21 members of this family had dwarfism.

*At 3ft 4in of height, Dru Presta hopes to redefine the modelling industry. The 21-year-old from a small town in the United States has loads of confidence and sass, but it has taken her a while to feel this way. She was also born with achondroplasia, and was made to feel like an outsider in her hometown.

*Lindsay Hilton is a full-contact rugby player, with no limbs. From Canada, the 31-year-old has never let the lack of arms and legs hold her back from achieving her sporting dreams. She knows how to ski, swim and play rugby.

*Deb Roach was born with one arm but has broken all notions of disability to become a two-time pole dancing world champion. The Australian decided to take up the sport after being inspired by two dancers. She now teaches the skill and has won two international championships

*11-year-old Levi Krystosek, has a rare form of dwarfism called Jansen metaphysical chondrodysplasia, which affects the growth of bones and causes a lot of pain. There are only about 30 known cases of JMC in the world.

*Jillian Willians, 20, from the United States, went through cutting-edge surgery to allow her to use her ankle as her knee after having part of her leg amputated. She was diagnosed with Ewing’s sarcoma, a rare type of bone cancer. She opted for a procedure which required surgeons to remove the middle portion of her leg. She is hoping to become the first amputee Miss Texas and represent the American national team in Paralympic volleyball

*Katie Meade is making history as the first-ever model with Down’s syndrome to be the face of a beauty brand. Her career as a model and an ambassador for people with learning disabilities continues to grow

*Zoe Lush has a rare condition which means her bones are so delicate they break easily. She is six years old and has broken almost every bone in her body.