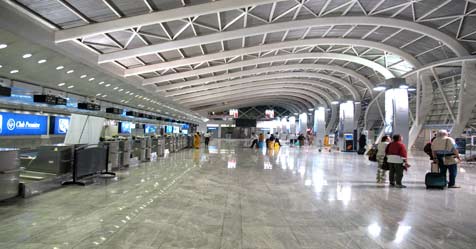 Its a new app and it is changing the way blind and low vision travellers are able to move around airports. Currently it is being used in an airport in Kentucky, U.S., and could be coming to other airports in the country next.

The app uses Bluetooth technology, and the free “Indoor Explorer” function of the existing Nearby Explorer app transforms a smartphone into an audio guide that can tell users exactly where they are in the airport and guide them. It can take them step by step to gates, ticket counters, baggage claims or the nearest Starbucks.

The app also gives interactive data about the environment inside the airport building.

New feature developed by the American Printing House for the Blind

The app has been in testing at the Louisville International Airport since October 2017. By replicating it elsewhere, developers hope to see it being used in other airports.

It’s been nearly three decades since the Americans With Disabilities Act became law, and airports have made accommodations for people with disabilities, but many forms of assistance for the blind and visually impaired are often available at a very basic level.

In December 2017, Amtrak, the countrywide rail network, announced the launch of a new app called FindYourWay to move around New York City’s Penn Station. Its a free app and it gives travellers information on gates, trains and boarding times while also helping them navigate to exits, ATMs and restaurants. Amtrak also plans to develop similar apps for other stations.