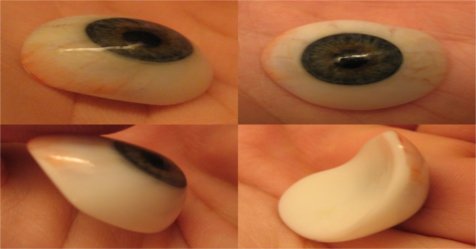 Colonel (Rtd) Yashpal Jagia became blind in the left eye during a field firing exercise in 1983.

A high explosive bomb blasted prematurely and a small part of it went directly into the eye socket of the Colonel.

After a long wait of 34 years, Colonel Jagia has finally received an eye prosthesis at the Army Dental Centre in Delhi.

There were several reasons for the long delay as the Armed Forces did not have customised eye prosthesis in the old times.

The Colonel was also unable to find a prosthesis that would be the best match and fit.

However, he is now glad to have his left eye looking as good as the other eye.

The Prosthodontics Department of the Dental Centre in Delhi specializes in such Prosthesis and has helped hundreds of patients with defects or disabilities in the last five years.

Materials like Silicone, Acrylics, and Metals like Cobalt-Chromium are used to create the Prosthetics for rehabilitation of injured soldiers.

The centre may soon start using 3D scanning and printers to provide better services and treatment.

The aim of the centre is to ensure a better life for soldiers that are affected by disabilities.