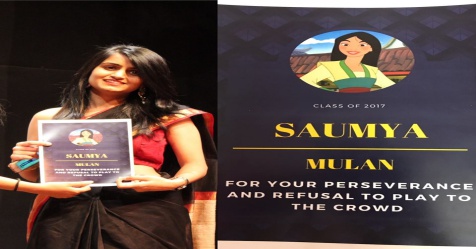 In a positive step, the benefit of the reservation and age relaxation available to ‘Physically Handicapped’ (PH) candidates in the Delhi Judicial Services (DJS) Examination have been extended to the deaf.

This is after a hearing-impaired student of law, Saumya Sharma wrote to the Chief Justice of the Delhi High Court.

In her letter, that was dated April 2016, Saumya Sharma, a final year student of law in Delhi, drew the attention of the Chief Justice to an advertisement regarding the Delhi Judicial Services Examination, 2015. The instructions along with it said the relaxation of 10 years in the age limit and the 3% reservation was available only to physically disabled and blind candidates.

Student raised past judgements to prove her case

Sharma then filed a request for information under the Right to Information Act of 2005 with the Delhi High Court, which said that as per a Ministry of Social Justice and Empowerment notification, jobs of judges and magistrates subordinate in lower judiciary are not identified for hearing-impaired candidates.

Sharma them brought up previous judgements that had interpreted the former Persons with Disabilities Act of 1995 to mean that the 3% reservation was for people with blindness and low vision, the deaf, ad people with cerebral palsy.

She also said that the government must take into account the major changes in technology that now enabled the deaf to lead their lives normally.

“States like Tamil Nadu, Haryana and Jharkhand have supplemented the List by identifying subordinate judiciary as being suitable for hearing impaired candidates, and explicitly allowing for hearing handicapped candidates to avail the benefit of the reservation offered under the Persons with Disabilities Act, 1995 in their State subordinate judiciary examinations” – Saumya Sharma, Deaf law student.

Sharma also said that despite severe hearing loss in both ears, she is capable of hearing and making full conversation with the help of my hearing aids, and that traditional notions associated with the deaf are no longer valid.

I find it discriminatory that my candidature for being a judge might be rejected by reason of my hearing impairment, which by and large has been negated by virtue of my hearing aids.” – Saumya Sharma

Excluding deaf candidates amounts to a violation of the fundamental rights under Article 14, 16 and 19 of the Constitution, pointed out Sharma. Arguments that the High Court found valid while ruling in her favour.