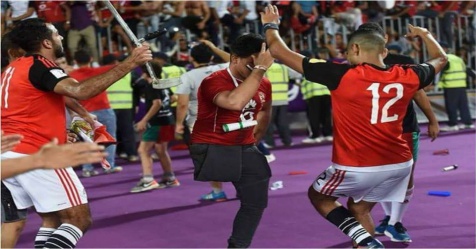 The picture of Mahmoud Tawfik jumping on the pitch celebrating Egypt’s World Cup qualification went viral in 2017, capturing the imagination of the world.

Today, the 28-year-old is the captain of Egypt’s first amputee football team and is closer to realising his dream of becoming a football player.

While they face problems like limited access to playgrounds and pitches, the team wants to spread the game to the disabled population in Egypt. They want to establish a local federation that could regulate a domestic league for the disabled.

They have players from different parts like Alexandria and Monofeya, and the team is asking players in each region to make a team to spread the game. Despite their optimism, the team faces financial challenges, lack of special playing crutches as well as difficulties in finding a regular pitch for training.

The rules for Amputee Football differ from Association Football with seven leg-amputee players on each opposing team, and the goalie has to have only one arm. Crutches are not allowed to touch the ball and there are no offsides or limits to substitutions.