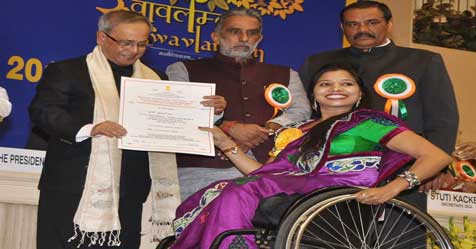 International level table-tennis player Suvarna Raj, who has participated in the Asian Para Games 2014 in Korea and won two medals in Thailand Para Table Tennis Open 2013, has announced that she has decided to quit the game.

Raj, who has polio, made news in June 2017 when she was forced to sleep on the floor of a long-distance train after railway officials and co-passengers refused to give her a lower berth in exchange for the upper berth she had been allotted. Raj says that despite winning a national youth award in 2014, she is unable to earn a living.

35-year-old Raj was struck by polio when she was two years old and says that with no national-level competition for table-tennis held since 2012, players have run out of money. She has decided to shift to some other game.

Raj could play the Thailand Open only after taking a bank loan, a loan that she is still recovering from given the heavy interest she had to pay.

Despite getting two international level medals, Raj has found it hard to retain her spot as there has been no national-level table tennis event.