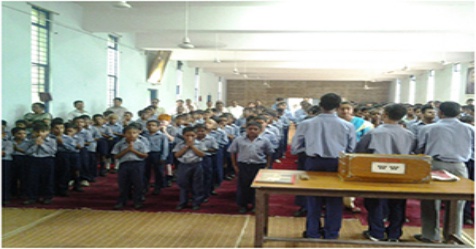 To the loud cheers of ‘JPM, JPM’, the team from Jormal Periwal Memorial Senior Secondary School for the Blind, outclassed rivals, Vocational Training Centre, to win the Kabaddi Championships title.

JPM is one the top schools in India for the blind, that puts special emphasis on both sports and education.That showed in the kabaddi finals of the six-day Usha Sports Championships for the Blind that saw 540 sportspersons competing in powerlifting, judo and kabaddi. JPM beat VTC 104-26 to win the Kabaddi Championships title.

JPM students said that they trained on the mat for the last five months, which gave them the edge. VTC, on the other hand, trained for just a week on the surface. They mostly play on mud courts so they had little practice.

Players were classified according to their level of disability

The players are hoping for a Asian kabaddi tournament sometime in the near future. International There are lans to hold an Asian event that may see participation from Pakistan, Sri Lanka and other Asian teams.