Cooking not just food, but an attitude change in the Cook For Change Challenge! 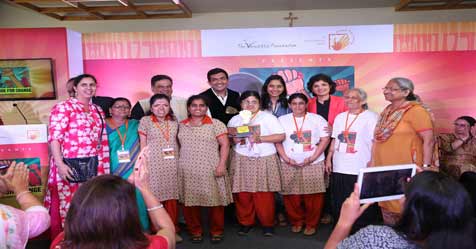 The Cook For Change Challenge (CFC) is back for the second time! Started by NGO Veruschka Foundation in partnership with Forum for Autism, the second edition promises to be – Tangier, Spicier and Tastier.

A cook-off exclusively for youth with developmental disabilities

When the CFC was held for the first time in 2016 with nine special partners, all the participants were felicitated. This time, however, the cook-off will be a little more challenging, says Tatyana DIas, co-founder, Veruschka Foundation, so they are real contenders.

Dias’ sister had autism and while she was alive, the family struggled to find a work set up that would suit her needs.

“We wanted to do something in my sister’s memory after she passed away”, says Dias. “Food is a positive thing and thought we should get going with that”.

The plan was to make it a small, intimate affair with a competition but it soon took on a life of its own and now CFC is back, in an even bigger way! This time the prize money is substantial, with the winner standing to walk away with Rs 20,000 while the team in second place will win Rs 15,000.

“This time there are 12 special partners and we also have elimination rounds so the teams are competitive and driven to be their best. The idea is to also stop looking at them from a sympathy angle. By widening the number of special teams, the idea was also to reach out to more organisations” – Tatyana Dias, Co-Founder, NGO Veruschka Foundation

All the 12 participants in this edition are from Mumbai. Each one will work in teams of three.

There are masterclasses being held at celebrity chef Sanjeev Kapoor’s studio kitchen in Mumbai. Chef Kapoor has been very supportive of this initiative. Winners of the first CFC were given a two-month professional training at his kitchen and an opportunity to cook a meal with him in his restaurant. He also hired one of them, Ashwin Shetty to work in his kitchen. This time too, he will be judging the cook-off along with wife Alyona, and Chef Anupa Das.

Through such events, Dias hopes to create a platform to showcase the abilities of people with disabilities.

“The main idea is to attract employers who can hire them. That’s where we are coming from and we are working towards it from different angles”. -Tatyana Dias, Co-Founder, NGO Veruschka Foundation>

RELATED: These masterchefs with disabilities whip up delights that will leave you craving for more!