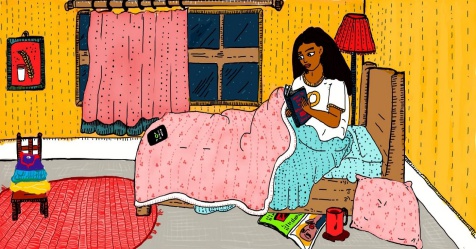 From full length features films to shorts, Mumbaikars can look forward to a day-long program of inclusive film screenings focused on disability and sexuality.

Called Skin Stories: Love. Desire. Disability, the screening is being held by Point of View on 17 February 2018 at Daughters of St. Paul in Bandra. The event is free and open to all, and all the films have subtitles and audio descriptions. The venue will be fully accessible and there will be a sign language interpreter present.

Since November 1997, Point of View has been working to bring forth and amplify the voices of marginalised women from across India, and in doing so break down the barriers that come in the way of free speech and expression. This cuts across many forms of media, art and culture – online and offline.

And perhaps at no other time has such a need been so strongly felt as today when the voices of women, be it in Parliament, on Twitter, and on film, been so heavily scrutinised and censored.

In 2012, Point of View launched a website that was the first Indian online resource on sexuality and disability. Since 2015, it has been conducting workshops for people with various disabilities in five states and has reached out to over 1,300 women with disabilitiesthrough their training programs.

“There are many myths and stigmas that shroud people with disabilities- including myths about n their personal life, their love lives, and their sexuality”, says Nidhi Goyal, gender and disability rights activist with POV.

In 2016 and 2017, POV collaborated with the Mumbai Film Festival to hold an inclusive film screening for the blind and sighted. These screenings were followed by interactions with filmmakers, both of which were a success. The program also organised a partnership with the queer movement in the Mumbai Pride March in 2017 to make Mumbai pride more inclusive.

“The premise of our program is that people with disabilities are sexual beings like everyone else. They have an equal right to live a full life.”, says Goyal.

The choice of films, and the diverse conditions reflected in them, showcases this thinking. There are films about socially known disabilities, but also conditions like chronic fatigue syndrome, which could be extremely disabling. These dynamic and nuanced films will be followed by conversations with film makers and/or people from the disabled community .

From Oscar nominated films like Still Alice that has Julianne Moore essaying the role of an academic grappling with the onset of Alzheimer’s to the film The Sessions, where Helen Hunt plays the role of a sex surrogate who a polio patient lose his virginity, there are plenty of big ticket names to look forward to.

Then there are also very interesting films closer to home like Shobha, directed by POV and Sangram, that tells the story of a hearing-impaired sex worker in Maharashtra, as well as Kajal, which tells the story of a woman with a mental health condition and her desire for love and companionship.

Clearly this is a not-to-be-missed event as it forces you to look beyond the stifling notions that define attitudes towards love, desire and sexuality of persons with disabilities.