The Magic that was Javed Abidi 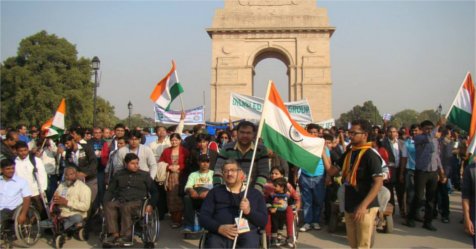 After 23 years of experience in broadcasting, I committed the cardinal sin of deleting my footage without a back up. Just five days to go and I could not find the video interviews the documentary was based on.

After several harried hours, I decided to call up Javed Abidi. I was ashamed of my unprofessionalism. But I just knew that if there is anyone who would appreciate my courage in facing up to my error, it would be Javed.

Hi Javed, Can I call? When are you free to talk about the film? – Monika Kshatriya
Hi Monika. Can we talk now? – Javed Abidi

I rushed into my car and drove to the hilltop. That is the only spot on the island where I live with clear network. Two rings, and Javed’s strong voice warmed me up.

“Javed, it’s about the film. Do you have 10 minutes to hear me out?” I said. “Of course,” came his discerning voice. He knew something was the problem.

I just got through with the script, and as I sat to begin the editing, I realized that I do not have the original footage. – Monika Kshtariya

“What I am telling you is that all the interviews with the experts on the RPWD 2016 are lost. I have just the Youtube links. They are not good enough to be used,” I said.

A slight cough, a long breath, and then came Javed’s soothing voice. “It is really sweet of you to come clean.” He went on to offer the sanest advice that would salvage my reputation and the film.

Was this is the ‘Tough Boss’ people had warned me about? Is this the man people said was unforgiving of mistakes, a perfectionist who drove people crazy with his passion for the cause? It took only those few moments to know I was speaking to an extraordinary man.

I have known Javed for over 20 years. Initially as my husband’s close friend. Then as an articulate leader whom I interviewed often for my news reports on TV. Lately, as a mentor in the disability movement.

Javed Abidi, is synonymous with the disability movement in India. He galvanized the entire movement from a fragmented, charity-seeking, marginalized lot to a determined bunch of people united in their recognition of their varied disabilities. People who could ask for their rights, not doles.

When I think of Javed’s contribution, I think the greatest would be that he transcended the disability issue from that of concessions, and quota mentality into a human rights movement. He introduced the concept of – Nothing About Us, Without Us , a slogan that has given a whole lot of us clarity and recognition of our own roles in shaping our destiny as equal citizens.

In December 2016, at a meeting of the National Committee on the Rights of Persons with Disabilities (NCRPD), I witnessed how this man could work magic. The NCRPD is a bunch of disability rights organizations from across India. Our meetings usually focus on our desperate attempts to draw our respective state governments’ attention to the law that promises us equal rights and opportunities.

When we land in Delhi for the bi-annual meeting, half our baggage is filled with our disappointment with insensitive bureaucrats. As usual, he began his speech praising some of our efforts. Within seconds, the accolades turned into brickbats. Javed was using his rich arsenal of words from Hindi, English, and Urdu to shame us for our shortsightedness.

In minutes, Javed enthused the room full of haggard activists. Over the next six hours, we launched the Make it Happen campaign. This included a WhatsApp series in nine different languages urging people to write or call or tweet or message their MPs to pass the RPWD Bill 2016.

By six in the evening most of us were rushing to catch our flights home. Nearly all of us organized dharnas at our respective home cities. On December 16, 2016, the historic bill was passed. That was the Javed magic that will be missed the most.

And this is my last conversation with Javed.

Now, by when will you deliver the film? – Javed
Aiming for fifth – Monika
Cool ðŸ˜Ž – Javed

This personal column is by Monika Kshatriya, a disability rights activist, who worked closely with Javed Abidi.