Ampu Wear, a clothing line for amputees only, to launch in the United States 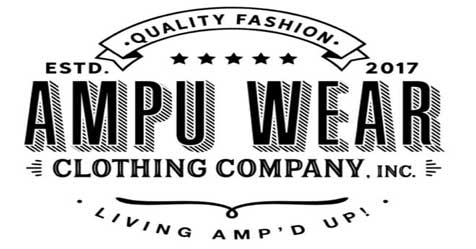 Troy Malone from Rockford in United States is all set to launch an exclusive clothing line for amputees. It will be called Ampu Wear Clothing Company.

This exclusive clothing line for amputees will have collections for men and women to start with. Malone plans to introduce a range for kids too.

Malone met with an accident in 2014, which left him permanently disabled below the knee. He was at work when a truck driver accidentally released the brakes of his vehicle. The truck ran over Malone’s legs. He spent the next two months in hospital. He underwent over 20 surgeries, back-to-back.

Malone was getting married when the idea of starting a clothing line for amputees struck him. He decided to wear two prosthetic legs for his wedding. But he did not want to remove his pants to change them.

Malone decided to have a zipper in his jeans to make it easier to take them off. He thought he should do that with all his clothes. This led to the idea of a clothing line for disabled people across the world.

Apart from the Ampu Wear Clothing Company, Malone has started the Living Armed Up campaign. Funds from the clothing line will go towards helping amputees, who are battling many odds to lead independent lives.