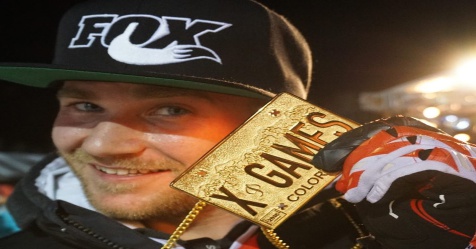 Snowboarder Mike Schultz is a gold medal-winning Paralympian. He carried the flag for the United States during the opening ceremony of the Winter Paralympics that are currently going on in South Korea.

Schultz is no longer an active sportsman. Instead, he is using his own experiences to design prosthetics.
He has designed them for hundreds of other athletes and amputees, including 30 Paralympians at the ongoing Games.

He launched his company BioDapt in 2010, soon after he lost a leg in a snowmobile accident. After recovery, he wanted to go back to riding his dirt bikes and snowmobiles. Since the available prosthetics for athletes were not designed to handle the impact of the sports, he decided to design them himself.

Schultz soon started competing at events, wearing the prosthetics he had designed. The prosthetics include a knee joint, called Moto Knee and a foot, called Versa Foot.

The Moto Knee is unique as it offers a wider range of motion as compared to other prosthetics. It can work for many more activities as its components can be improved and adjusted.

Schultz works with extreme adaptive athletes to adjust the Moto Knee and Versa Foot system to what they need. Schultz’s prosthetics are being used by all American lower-body amputees competing at the Winter Olympics.

Schultz works personally with most of his clients to adjust the prosthetics to their needs.