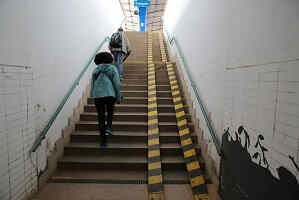 The Aurangabad Municipal Corporation (AMC) has approved a project for making buildings accessible for people with disabilities.

The project will involve providing facilities in buildings across the city such as ramps, lifts, railings and disabled-friendly toilets.

It was earlier reported that the buildings in the city lacked accessibility. This made it challenging for people with disabilities to move around.

The Vihang Special School had conducted an accessibility survey that showed how most of the city buildings were inaccessible.

The Mayor of Aurangabad has announced that public notices will be issued in newspapers asking all offices and institutions in the city to make the buildings accessible.