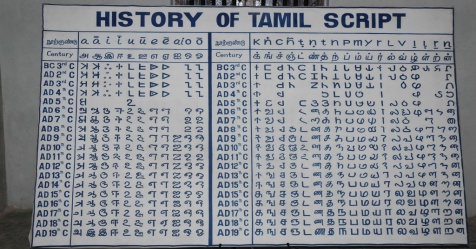 The Madurai bench of the Madras High Court has issued a notice to the Tamil Nadu government and the Tamil University on a plea asking that a Braille version of Thirukkural, an ancient Tamil literary work, be published for the blind. The plea has asked that the Braille version be in Tamil and in English.

The petitioner is P Ramkumar is from Vellore and is 100% visually challenged. He is doing his post-graduation in the Tamil Nadu Dr. Ambedkar Law University. He has pointed out that a Braille version of this famous literary work is yet to be brought out. He has said it is the government’s prime duty to do so.

Thirukkural has been recognized by the world as a book of virtue. The work has been translated into almost all Indian and many foreign languages. Apart from this, 1,050 of the 1,330 couplets of Thirukkural have been made a mandatory subject in the school curriculum from classes 6 to 12.

However, blind students in Tamil Nadu have been unable to read, recite, and enjoy the work on their own. The petitioner has said that the absence of a Braille version of the work had deprived blind people of their constitutional right.

The Braille version of Thiruikkural in Tamil with English translation would reach an estimated 253 million blind people around the world, says the petition.