Rangasthalam – Movie starring Ram Charan as a hard of hearing person, is a winner 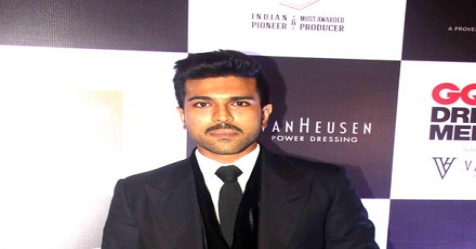 Rangasthalam is creating a lot of excitement. The movie, which stars Ram Charan, hit theatres on Friday and is the talk of the town.

Initial reports are that the film has been received well by the audience and has struck the right chord with them.

Ram Charan is being praised by everyone for his performance as Chitti Babu, a hearing-impaired person.

The film is about the fictional village Rangasthalam, where the village president, played by Jagapathi Babu, makes life difficult for people. The film is about how Chitti Babu challenges him.

The film is directed by Sukumar, and also stars Samantha in the lead role. She plays the role of a bold village girl called Ramlaxmi.

According to reports, the film has opened to a great response in the United States. It has set the record of the sixth highest first day opening in that country.