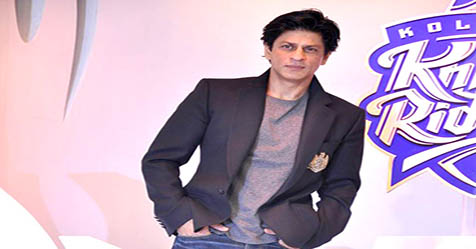 The Indian Premier League (IPL) 2018 is on, and fans are excited to witness some splendid performances from their favourite players.

Amongst the thousands of IPL fans is Harshul Goenka who has cerebral palsy. Harshul is a die-hard fan of the IPL. He is a big Kolkata Knight Riders (KKR) fan and does not miss any match. KKR owner and superstar Shah Rukh Khan ensures he never misses out on a single one!

Harshul first met Shah Rukh Khan during an IPL match in Kolkata in 2014. Since then, he has been present at every match. He is always there, accompanied by his mother Rajani. Whenever a KKR match is held in Kolkata, Shah Rukh Khan ensures that tickets are sent to Harshul.

When Kolkata Knight Riders beat Royal Challengers Bangalore on Sunday at their home ground in Eden Gardens, Harshul was also present in the gallery. Shah Rukh Khan and KKR team captain Dinesh Karthik surprised Harshul by spending time with him.

Lovingly called Boss by his close friends, Harshul was presented with a match award by Shah Rukh Khan and Dinesh Karthik!