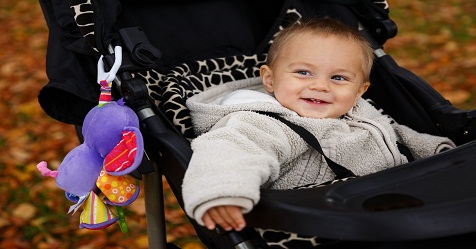 Ramona Williams, a 34-year-old visually-impaired woman from the United Kingdom, has designed a buggy for parents who have sight problems,

Called Smart Baby Buggy, this will make them aware of the obstacles in their path using technology employed in self-driving cars.

Williams has a series of eye conditions including congenital toxoplasmosis, which has affected her vision since birth. She says she would not feel comfortable using a pram or a pushchair as she would have to hold her cane folded up under her hands on top of the handle bar.

Williams wants to have kids but she knows there are many challenges, including travel. She decided to design a Smart Baby Buggy that parents with sight loss would be able to use.

She approached a team of second year biomedical engineering students to bring her idea to reality. The buggy has sensors on the front and a bracket at the foot of the buggy for holding the user’s smartphone. Through the smartphone, it finds out about the ground ahead of the buggy.

By installing an app designed by the team, the smartphone can recognize various landmarks such as Braille bumps, corners, and drop-offs, via its camera. The app then sends signals to vibration motors in the handlebar.

The designers have created a touch-based language for communicating to the user when they are approaching dangers.

The buggy also has a bracket for holding the user’s cane, and a bright yellow Visually Impaired Parent sign on its front to inform others.

The buggy will be showcased to the public on 28 and 20 April in the UK.