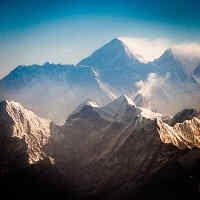 Xia Boyu was climbing the Mount Everest in 1975 when he lost his feet after he got stuck in a storm.

After all these years, Boyu, who is from China, has successfully climbed the highest peak in the world as a double amputee.

It took 43 years and five unsuccessful attempts, but Boyu reached the top of Mount Everest on Monday morning.

It had always been his lifelong dream to scale the tallest peak in the world and he has finally done that.

Boyu has become the first double amputee in history to climb the mountain on the Nepal side.

He is also the third double amputee in the world to climb the tallest peak.

Mark Inglis of New Zealand is the second person without legs to climb the world’s tallest mountain in 2006.

Sudarshan Gautam is a Nepal-born Canadian and is the first person without arms to climb Mount Everest in 2013.