Meet the disabled man from Kerala who makes umbrellas and helps the needy! 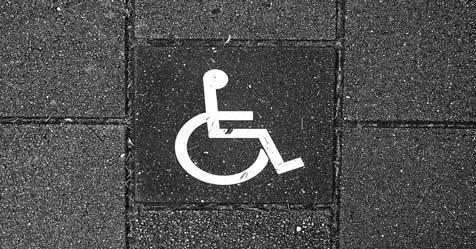 Thaha does not believe in sympathies or self-pity. That is why being paralysed has not stopped him from following his passion. This man, who hails from Thiruvananthapuram in Kerala, makes umbrellas, jewellery, soap powder, paper bags and even LED bulbs on his own!

Thaha is quite popular on social media. With the help of his friends Manoj Pillai and Unni, Thaha promotes his products on Whatsapp and Facebook. His products already have many takers now.

Thaha became paralysed after he met with an accident a few years ago. He decided that being paralysed will not stop him from being independent. So he learnt umbrella making from a priest in his local church. Ever since then, there has been no looking back for Thaha.

This God-fearing man says that sitting idle due to his paralysis will not help him reach anywhere in life.

Apart from making his own products, Thaha also teaches others how to make umbrellas. He even drives his own customised car to nearby towns. He is also active in social work. Thaha takes care of food and amenities for many needy people in Thiruvananthapuram.

Thaha points out that fighting his bed sores is his biggest problem. But he has much to do in life, and nothing can stop his undying spirits.