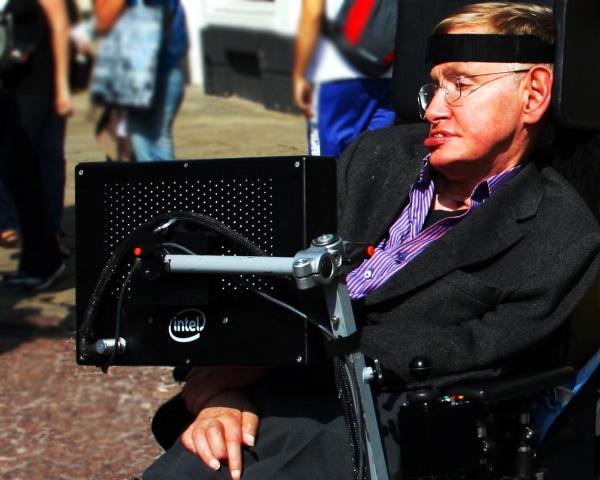 This was a memorial service truly befitting a legend of science. As Professor Stephen Hawking’s remains were laid to rest in London’s Westminster Abbey on Friday, a message from the late British astrophysics giant was beamed towards the nearest black hole.

The message was a specially-written composition featuring his famous synthesized voice which was beamed by the European Space Agency.

His daughter, Lucy Hawking, called it a beautiful gesture.

This is a beautiful and symbolic gesture that creates a link between our father’s presence on this planet, his wish to go into space and his explorations of the universe in his mind. It is a message of peace and hope, about unity and the need for us to live together in harmony on this planet – Lucy Hawking

Professor Hawking, who used a wheelchair, dedicated his life’s work to exploring the mysteries of the universe and fought to overcome his disability. He was buried by the graves of other science greats like Isaac Newton and Charles Darwin.

Professor Hawking died on 14 March 2018 at the age of 76. He became famous after the publication of his book, A Brief History of Time. His wonderful wit and genius spirit won him fans from all over the world.

The British government has announced that exceptional students in mathematics and physics can compete for research fellowships in Professor Hawking’s honour.

His memorial service was attended by family, friends and colleagues. Around 1,000 members of the public from more than 100 countries were also there after an online ballot in which 25,000 applied for tickets.

Among them were three people who use electronic communication devices to speak, just like Professor Hawking did. One of them was 20-year-old Jason Felce who controls his equipment with eye movement. Also present was drama student Rose Brown, who was hit by a drink-driver in 2009.

The Westminster Abbey was kept open to the public free of charge after the service so people can pay their respects at his grave.