Amputee gets back sense of touch thanks to robotic skin 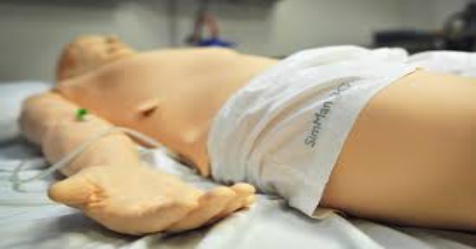 This sensation of pain is one that is most welcome! Scientists in the United States have developed a robotic skin called e-dermis that has given back the sense of touch and pain to a man whose arms were amputated.

The 29-year-old man had both his arms amputated five years ago due to a blood infection. Now thanks to the robotic skin, he feels sensation in his hand again.

The robotic skin is called e-dermis and it has a sensor that goes over the fingertips of a prosthetic hand and acts like the skin usually does.

Researchers say that this is the first time that a prosthesis can provide a range of perceptions, from fine touch to painful to an amputee, making it more like a human hand.

During the experiments, the amputee was blindfolded and asked to identify the shape of different objects by pressing the tips of his prosthetic thumb and little finger against them. Through brain scans, scientists were able to confirm that the bionic skin was conveying tactile sensations across the body.

The e-dermis can be installed on any prosthetic hand and is capable of stimulating the nerves of the arm. This helps bring to life the phantom limb, which is a common side-effect of amputation, where patients feel like the limb is still there.

This sensation occurs because there is a group of neurons in the brain for each part of the human body that is designed to manage sensations and movements. When a limb is cut off, the brain area that controls it remains intact causing the phantom limb syndrome.