Harsh Songra, the brain behind the My Child app that helps check for potential disorders 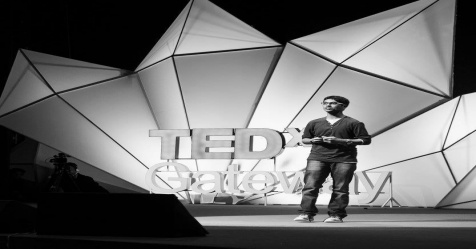 Harsh Songra was 11 years old when he was diagnosed with dyspraxia. This is a neurological disorder that affects motor skills. By the age of 16, Songra was an expert at coding for Android-based mobile apps.

He went on to develop My Child, a free mobile app that could help parents monitor the growth of a child between 11 and 24 months. My Child screens for potential neurological, physical and speech disorders.

Launched in January 2015, My Child aims to be a go-to guide for parenting. It is clearly popular given that it has been downloaded more than 8,000 times across 100 countries.

Songra has received seed funding from investors like Pankaj Jain, a partner in Silicon Valley-based venture capital fund 500 Startups, and Pallav Nadhani, co-founder of FusionCharts and a member of the first Forbes India 30 under 30 List.

Both men say the app has a huge potential impact as there is a global need for detecting possible learning disabilities in children.

Songra has won much international support and praise. Even Facebook COO Sheryl Sandberg mentioned him in her blog last year. He has received technical support and mentorship from Facebook’s FBStart programme.

Songra has moved from his hometown Bhopal to Bengaluru. He has two other co-founders, Aafreen Ansari and Shreya Shrivastava, who are both 19 years old. They want to make the app a constant guide for parents from pregnancy through childhood.