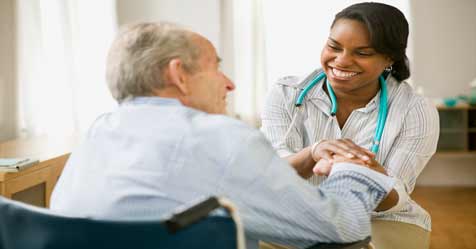 The Rights of Persons with Disabilities Act, 2016 , is meant to be a reformed legislation, one that is supposed to be a game changer in terms of access to opportunities for education and employment. Yet, visually impaired and hard of hearing students are not being allowed to study medicine.

It has come to light that the Ministry of Health and Family Welfare (MoHFW) has accepted the recommendations of the Medical Council of India (MCI) to not allow the admission of students who have a 40% disability in vision and hearing.

Before the new Act came into force, students with such type of disabilities were treated as general category students. They were not allowed to study MBBS degrees in medical colleges. Now, disability has been defined based on an evolving and dynamic concept. Types of disabilities have also been increased from existing 7 to 21, including low-vision and blindness.

Health Ministry officials say that soon after RPWD Act 2016 was implemented, the MCI was asked to make changes in admission rules. However, in its recommendations, the MCI said that students of such would not be allowed to study MBBS in medical colleges. This also applies to people with learning disabilities, autism, mental illness, etc

The Health Ministry decided to approve the MCI recommendations after discussions. However, disability rights activists say this goes against the Constitution.

Noted disability rights activist Dr Satendra Singh says the MCI and Health Ministry have no right to decide that students with 40% vision and hearing impairment would not be able to become a doctor, when there are many people with such disabilities working as doctors and physiologists. Dr Singh has called this move a violation of the rights of people with disabilities.