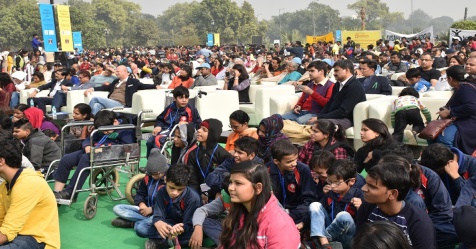 Over a year and a half has passed since the enactment of the important Rights of Persons with Disabilities Act, 2016. An Act that has been called a game changer for not just India’s disabled population, but the people of the country as a whole.

So, it is disappointing that more than a year after the RPWD Act, 2016 came into effect, just a handful of states have notified their Rules.

It is in this context that the upcoming National Disability Consultation organized by the National Centre for
Promotion of Employment for Disabled People (NCPEDP) becomes important.

This is the first national-level consultation since the sudden death of Javed Abidi, widely regarded as the father of India’s disability rights movement, and the chief architect of the RPWD Act.

This National Disability Consultation is also being organised as a lead up to the Global Disability Summit in London.

The two-day consultation, on 19 and 20 July in New Delhi, will bring together disability sector leaders on a common platform. The purpose being to arrive at a forward action plan to ensure that the Act does not remain just a piece of paper.

Many challenges have been thrown up since the implementation – lack of awareness and initiative from state governments, and lack of awareness on certification of newer disabilities. States were required to make rules under Section 101 of the RPWD Act within six months from the commencement of the Act. That’s by 19 October, 2017. Even Delhi does not have the rules yet. How many people are even aware that rules need to be notified? The Act actually provides so much at the district level. Are people even aware of all this?- Rati Mishra, Advisor, NCPEDP

About 200 people, including grassroots activists from all states will be present at the consultation. The plan is to enable each state to develop specific strategies over the two days. Equipping them with relevant information will enable them to work with their respective governments to ensure that the Act becomes a reality.

We would like to organise state-level campaigns to create awareness about the Act, limited not only to people with disabilities and organisations working with them but also other stakeholders to emphasise that disability is a cross cutting issue and needs and rights of persons with disabilities must be addressed and secured -Rati Mishra, Advisor NCPEDP

One recent successful state-level campaign was in Odisha, where Dr Sruti Mohapatra of Swabhiman, organised the Shashakt campaign. The campaign covered 4,000 kilometres covering 30 districts of the state. Key provisions of the RPWD Act were explained through innovative means like folk art and music.

An example that will hopefully be replicated across India to ensure that adequate pressure in maintained on state-level authorities so that key provisions of the Act are not forgotten. the momentum of the Act does not get