Reality TV show on Down syndrome gets nominated for prestigious Emmy Awards! 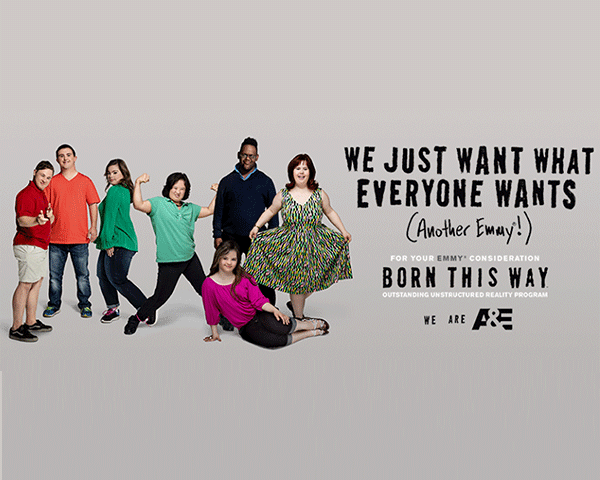 Born This Way, a reality television show that shows the lives of people with Down syndrome is up for the many Emmy Awards.

The show is nominated for four Emmys, including awards for casting, cinematography, picture editing and unstructured reality program.

The show, which is set to return for a fourth season in August this year, is about seven young adults with Down syndrome. It shows their lives as they pursue jobs, relationships and independence.

Apart from Born This Way, HBO’s comedy special on autism has also been nominated for an Emmy this year in the live variety special category.

The Emmy Awards will be handed out in September.