The right attitude keeps Vigneswara way ahead of his disability 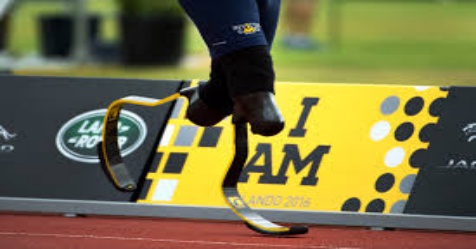 As he negotiates his way around the busy roads of Nagercoil, R Vigneswara Subbaiah passes off like any other biker, who is trying to beat the traffic.

See him at the Arignar Anna Stadium, and you meet a different man. Wearing a running blade in place of his right leg, Vigneswara is training for an upcoming run.

Vigneswara was amputated after an accident in 2013. His ankle was crushed and his shin bone broken in three places. Doctors amputated his leg as it was too damaged to be fixed. It changed his life. His marriage was called off and he went through hard times.

Encouraged by friends on Facebook, he took up long-distance running. He looked for people with one leg for tips on how they went about their daily activities and learned a lot.

Some friends on Facebook persuaded him to take part in a marathon in Hyderabad in 2014. Initially, he practised with a wooden leg and cleared 5 km. His performance attracted attention and he was offered a

Initially, he took part in races for disabled people. Now he goes for regular marathons as he does not want to deny disabled people of opportunities.

Vigneswara, who runs a mobile phone shop, met his wife Sridevi at a wedding and approached her parents. They now have two children.